Well, here I am, finally settling in to my new normal and I am LOVING it!!! I have been living in Richmond for three weeks now, but splitting my time between my place in the Fan and my sisters place in the suburbs for various reasons. But as of this weekend, all my stuff is officially moved over and I was able to explore Richmond a bit more and even with the crappiest weather, I had a GREAT weekend!!!

Friday night, it was torrential downpour, but my friend Stephen was determined to introduce me to a girl in town, so we all caught up for pizza and beer and then walked to a brewery down the street from me, Cannon & Draw Brewing Company. Ummm….brewery within walking distance to my house – this could be dangerous! PLUS they had a really great band and we all had a great time – WIN, WIN, WIN✓✓✓ 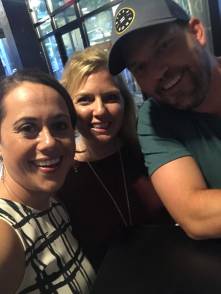 Woke up on Saturday and just like the other 453 million people, I watched the Royal wedding – I was hooked and couldn’t stop, it was so beautiful and classic!   Then I caught up with my sister to go shopping for a few things to make my new home feel like home! (more to come on that!)

Later, Brian asked if I was willing to brave the Riverrock Festival in the nasty weather, and without hesitation, I said yes – although regretting leaving my rain boots in Jacksonville the entire time as my flip flop kept getting stuck in the mud and kicking dirt up on to the back of my legs.

Brian has been the most amazing host and has showed me some of the best spots!  He has yet to disappoint me and I trust that he won’t!  We went for burgers at Beauvine Burger after the Riverrock festival and then I told him I was going to shower and hit up a brewery and he said he’d like to join me, which I was thankful for because dogs aren’t allowed inside breweries here (something different than Jacksonville) and I would’ve either had to leave Olivia outside by herself, which we all know I wouldn’t do, or hope someone would make small talk with me, so they could get me a beer!  We checked out Veil Brewing and I was shocked that there wasn’t anything with less than 8% ABV – thankfully he was driving! Saturday morning, I joined Brian and his friends for a 90’s Hip Hop brunch at Banditos and then went to Joe’s Inn and Legend’s brewery to overlook the city!

Brian and I walked over to Belle Isle during the Riverrock Festival.

Olivia sleeping at the brewery! 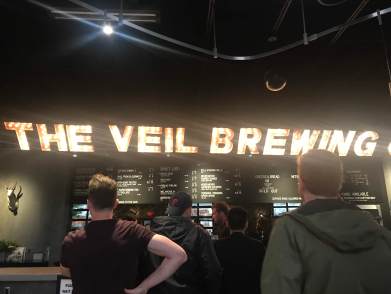 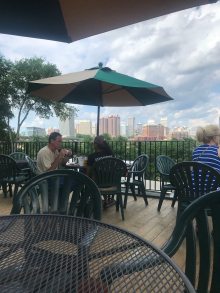 I need to get past this honeymoon stage of exploring, eating and drinking my way through the city, but I’m having a blast for now! And as of tonight, getting back into a routine of working out!!! 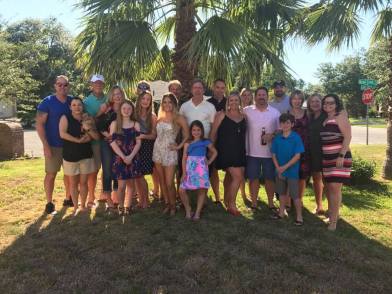 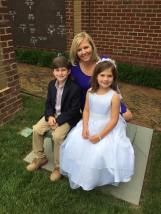 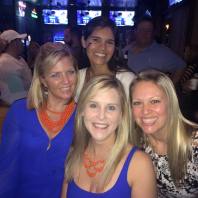 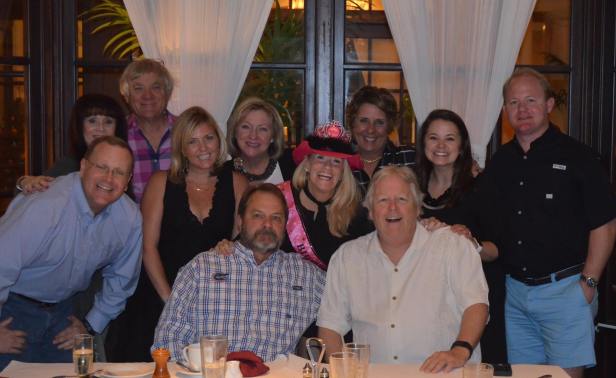